Each spring, billions of land birds—thrushes, warblers, orioles, tanagers, and more—migrate through the night, navigating the coast of the Gulf of Mexico. Even greater numbers migrate through this region in the fall. During the day, these birds stop to rest, recover and refuel for the next leg of their journey. The two interacting phases of migration—passage (flight) and stopover (rest)— had previously only been studied independently.

Recently published research in the journal Ecology Letters combines these components into a new metric called the stopover-to-passage ratio. Led by Emily Cohen of the University of Maryland Center for Environmental Science’s Appalachian Laboratory, this study is the result of a collaboration between researchers at the Smithsonian Migratory Bird Center, Cornell Lab of Ornithology, Colorado State University, Georgetown University, University of Massachusetts and University of Delaware.

“These results show the critical importance of the habitats around the U.S. coast of the Gulf of Mexico and Florida for sustaining North America’s migratory birds. We show for the first time that over half of the birds migrating through these coastlines stop there,” said Emily Cohen, lead author and assistant professor at the University of Maryland Center for Environmental Science’s Appalachian Laboratory. “The areas where the stopover-to-passage ratio is high are potentially more important for migrating birds than was previously thought.”

Archived since the mid-1990s but only freely available since 2004, weather radar data collected by NOAA, the National Oceanic and Atmospheric Administration, now enables researchers to map the nocturnal habits of migratory bird populations. It is a herculean effort to process and synthesize these vast data sets; scientists must distinguish bird movement from precipitation data on the radar based on density, speed and knowledge of the natural history of bird behavior. Calculating both the traffic patterns of the birds in flight and their activity in stopover sites, the research team created migration maps and calculated the stopover-to-passage ratio along the entire U.S. Gulf Coast.

“Characterization of stopover habitat use relative to passage represents a fundamental gap in our knowledge,” added Cohen. “This gap primarily exists because a methodology to collect broad-scale information about distributions of birds in terrestrial habitats during the day and in the airspace at night has only recently become possible with weather surveillance radar.”

Stopover sites with high stopover-to-passage ratios, where the overall abundance of migrants was not necessarily high, revealed potential migratory bottlenecks where geography or restricted habitat may disproportionately concentrate birds along migration routes. This highlights that density of use alone is not a comprehensive measure of the conservation value of a stopover site for migrating birds, a topic that has not been addressed during previous studies on migration.

“The stopover-to-passage ratio is an indicator of the number of migrants that stop to rest during migration and those that continue heading north or south, depending on the season. The ratio varies from site to site,” explained co-author Kyle Horton, assistant professor at Colorado State University. “It’s highly useful, from a conservation standpoint, to know if the majority of birds fly over a site or predominantly stop at a site to refuel or rest. The answer to this question can have important implications for what action is ultimately done on-the-ground to help migratory birds.” 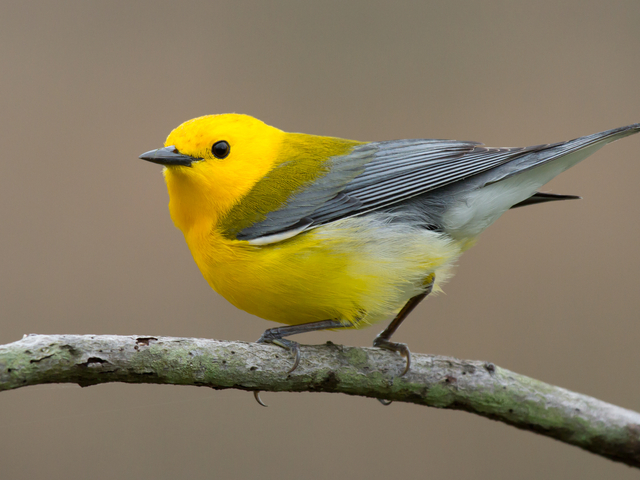 “Our findings were not what we expected,” said Jeff Buler, University of Delaware associate professor of wildlife ecology and senior author on the paper. “We understand the phenology of migration quite well, so we know the absolute number of birds moving through an area at the peak of migration. The density of birds on the ground also peaks around the same time. When looking at stopover-to-passage ratio, we thought that we would see more birds stopping during the peak of migration but we actually found the opposite.”

Even though fewer birds migrate outside of the peak window, a larger percentage of that bird population stops at particular resting and foraging sites, indicating that those lands are of critical importance at that time.

“We saw a high stopover-to-passage ratio in the panhandle of Florida, which was unexpected because in the spring there aren’t as many birds moving through that area,” said Buler. “What that tells us is that the birds that are moving through that area need to stop, and it actually is indirect evidence that these are likely migrants that are coming from South America. They’re flying over the Caribbean and the Atlantic Ocean, so they’re making a farther journey than those that are just crossing the Gulf of Mexico. That first place to land in Florida is really important to them and most of them have to stop because they’ve run out of gas. From a conservation perspective, this really opens up a question of whether we need to rethink how we prioritize conserving stopover areas.”

“Linking aerial and terrestrial habitats with this new metric provides a unique opportunity to understand how migrating birds, in this case very large numbers of them, use a region where we know drastic and rapid changes are occurring,” added co-author Andrew Farnsworth of the Cornell Lab of Ornithology. “Whether for prioritization of critical areas or for developing dynamic conservation planning, this kind of quantitative science is invaluable for supporting decision-making that can safeguard this incredible region and the spectacular movements of birds that occur here annually.”

“A place to land: Spatiotemporal drivers of stopover habitat use by migrating birds” was published in Ecology Letters.