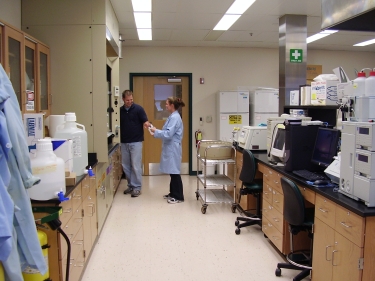 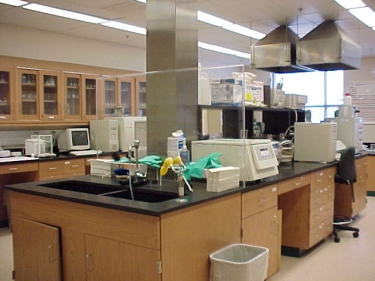 To accommodate the IRMS and all of its associated peripherals, major renovations were undertaken in the former Soil and Plant Wet Lab. The center island bench was removed, some cabinetry was relocated to other areas in the room (as well as elsewhere in the building), casework by the windows was removed, new electrical lines were run, a gas cylinder storage hub was constructed and installed, exhaust ductwork was re-routed and a plexiglass hood enclosure was constructed and installed for the moving wire peripheral. 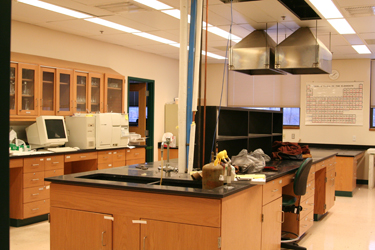 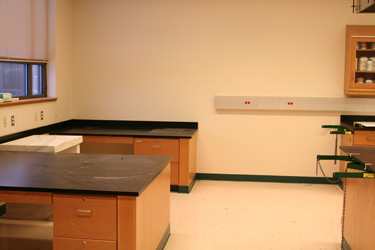 February 2, 2010 – Casework adjacent to windows to be removed. 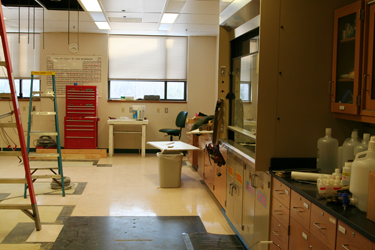 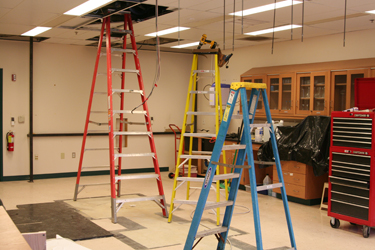 February 4, 2010 – Electrical lines are being run and gas cylinder storage hub is in the early construction stages. 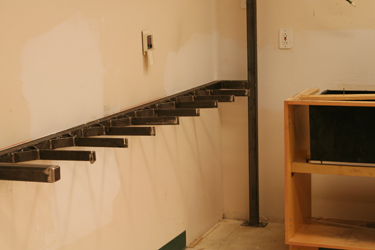 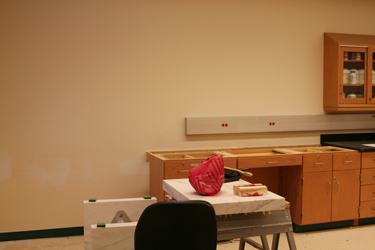 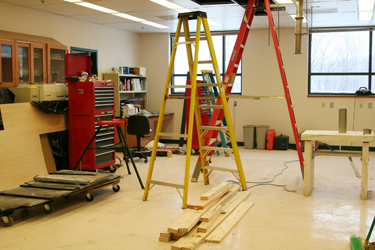 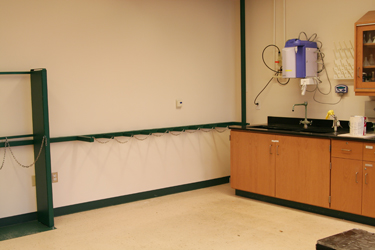 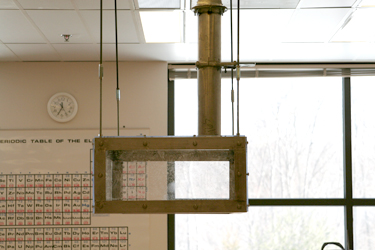 February 24, 2010 – Plexiglass hood for moving wire has been fabricated and installed. 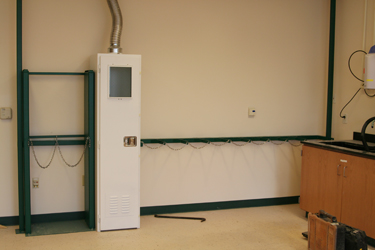 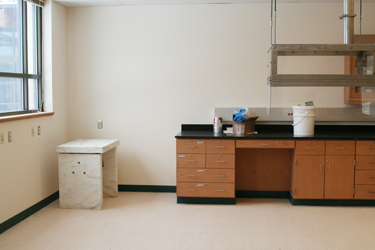 March 3, 2010 – Recycled casework is completely installed. Walls have been repaired and repainted. 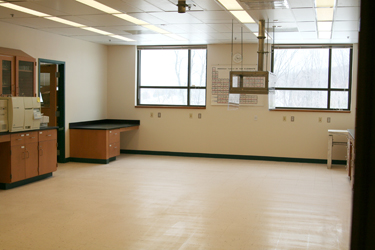 March 3, 2010 – Floor has been repaired and ductwork for moving wire and Conflo IV are installed. 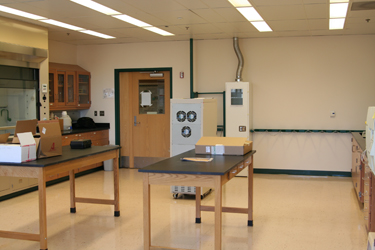 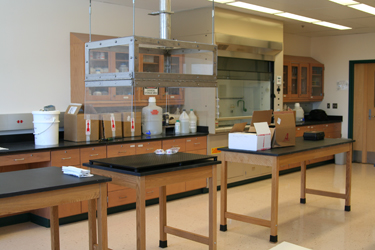 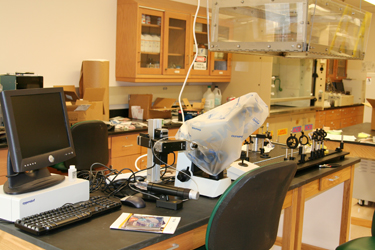 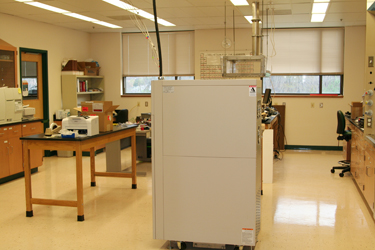 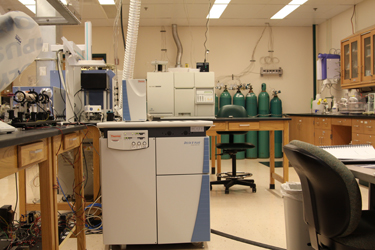 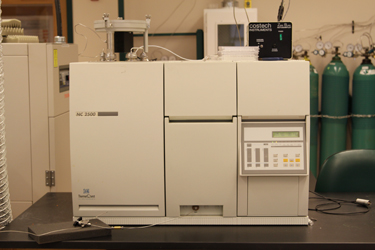 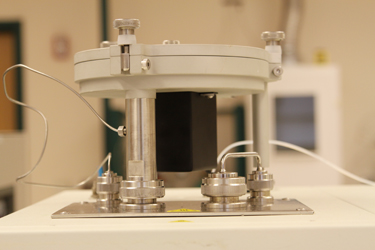 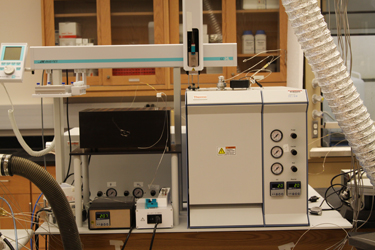 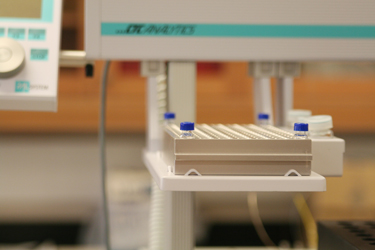 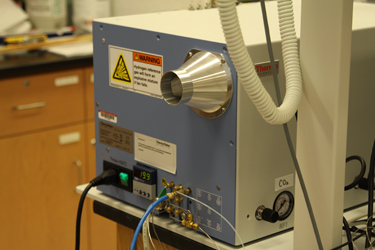 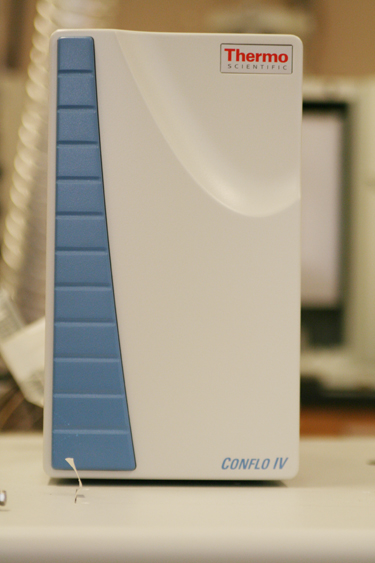 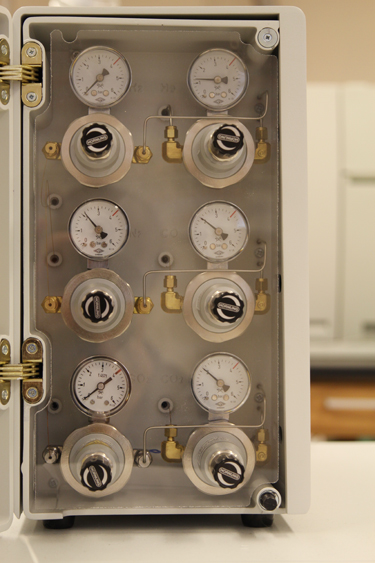 Inside front view of Conflo IV 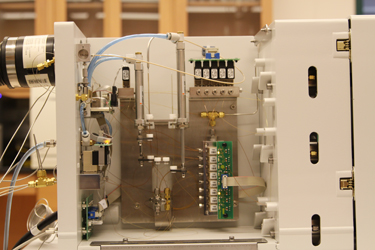 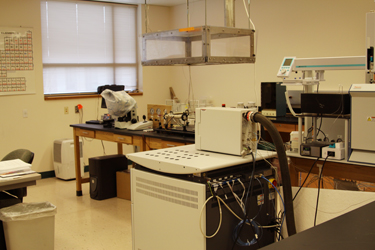 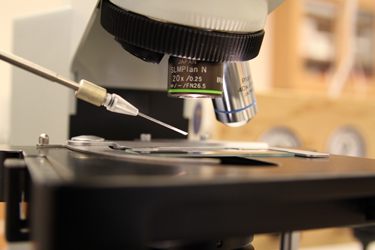 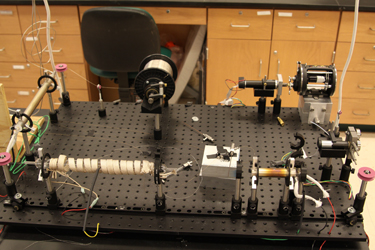